Learn about some Ghanaian ethnic festivals.

Festivals are gatherings of people to celebrate a particular cause. They are an expressive and open way to celebrate legacy, custom, culture and traditions. They play a vital role in adding edifice to our social lives and uniting us with our families and ancestors. Every nation in every continent has some kind of festival they celebrate, whether religious, traditional, agricultural or arts.

African countries are well known for their diverse cultures and ways of celebrating festivals. Ghana, a West African country, is one of those countries with various festivals for various ethnic groups and tribes, showcasing various traditions that are notable and widely admired by people all over the world.

What are Traditional Festivals?

The word “Odwira” in Akan means purification. This festival, is therefore, a period of cleansing and purification. The festival is preceded by a 40-day period set aside for meditation and rest referred to as “Adaebutuw”. It is believed that during this period the ancestors are expected to rest. A ban is placed on noise-making and funerals. This celebration is a week-long; beginning on Monday and ending on Sunday.

On Monday, the path to the Royal Mausoleum is cleared. This is done to welcome the ancestors to join in the celebrations. On Tuesday, the ban usually placed on the eating of newly harvested yams is lifted. In the morning, the sacred ‘Odwira’ symbol is fetched from the Mausoleum and in the afternoon, the ‘Odwira’, prepared in a sacred mixture is presented to the Paramount Chief of Akuapem.

Wednesday is also reserved to mourn the dead. All those who died during the period of the ban are properly buried.  The chief receives condolences and in turn, goes around to greet and offer condolences.

On Thursday, there is a big feast; the best meals are prepared in every house and shared with neighbours. The ancestors are also fed: this is done in the afternoon when bowls of mashed yam and boiled eggs are carried from the chief’s palace to the shrine where it is believed that the spirits of the ancestors live. The ceremonial cleansing of the Black Stool takes place on this day. The ritual is symbolic of the cleansing of the people.

Friday, which is the last day of celebration is the climax of the festival. The Okuapehene, the queen and other chiefs are carried and paraded in palanquins to the principal streets. This is always accompanied by drumming dancing and merrymaking. The Chiefs and all the other dignitaries are sent to the durbar grounds to be seated amid dancing and drumming. The chief and queen mother receive homage from the subject and other dignitaries. The Paramount Chief gives a speech after which the celebrations continues.

On Saturday, a durbar is held at Amanokrom, the seat of the ‘Gyaase’ division of the Akuapem traditional area. Finally, on Sunday, The Krontinhene of Akuapem holds a special durbar to round up all the festival celebrations.

Aboakyer literally means, “Catching a live animal” in the Fante language. The Aboakyere festival is celebrated on the 1st Saturday in May by the Effutu’s of Winneba Traditional Area in the Central Region of Ghana. Winneba Aboakyere is an ancient rite of animal sacrifice to the god, Otu to celebrate their safe migration from the ancient Western Sudan Empire to their present home, Winneba and also to remove evil and predict a good harvest.

The two Asafo companies (Tuafo No. 1 and Dentsifo No.1) using only sticks and clubs move to their respective hunting grounds on the morning of the first Saturday in May to catch a sacred deer. The first Asafo Company to bring the live deer to the Omanhene is declared the winner of the year.

On the eve of the climax of the festival, the “Asafo” companies perform rituals and outdoor their gods. This ceremony is a crowd puller.

In the morning of the Aboakyer day, the paramount chiefs, sub-chiefs, dignitaries and the general public assemble at the durbar grounds to wait for the catch amidst drumming and dancing. There is jubilation throughout the streets until the deer is presented to the shrine to be sacrificed.

In the afternoon, there is an exhibition of different traditional artworks. Including a display of colourful flags by the various “Asafo” companies. The final rite is the Ebisa-tsir (asking the future). This is a ritual to know what the future holds for the Effutu people. When there is a positive prediction, the crowd jubilates. But when there is a negative prediction, the Osow (chief priest) quickly consults the oracle to find out how to avert the danger. After this final rite, the celebration continues until daybreak.

Come, let’s celebrate our culture and legacy. Check out our Top Gh Destinations Page for the best holiday locations this December! 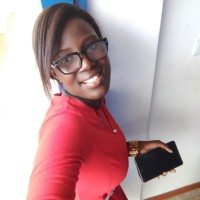 TOP 4 PLACES TO VISIT IN GHANA